1) I've started slowly but ended up with 2 healthy girls.  Grace (my 2nd baby, but 3rd pregnancy) started incredibly slow and the doc actually suggested a D & C because the numbers weren't even close to promising.  She measured behind at the first couple ultrasounds.  Then, lo and behold at week 20, she started measuring ahead.  She was born at 39 weeks weighing over 8 pounds...  she just started slowly.  A similar story for my Emma.  Both girls are perfectly healthy.
2) I am a success story too.  With my first pregnancy, I started very high at 233, then raised to 612 after 5 days - nowhere near doubling every 48 - 72 hours like they want to see.  Then, 3 days later, they were only 670.  I was told to expect to miscarry.  I waited and waited for the miscarriage to start and even thought it was at one point because of severe cramping.  After the weekend, they tested it again and it was 3335!  They did an ultrasound to make sure it wasn't tubal, which it wasn't.  That pregnancy resulted in my beautiful daughter who is now 17 months.

3) VF pregnancies generally have lower hCG levels than other pregnancies. (theory being that they don't implant as early, therefore don't have as much time to generate hormones in Mom's system). Initial levels are lower in 5 day transfer than in 3 day transfers as well.
while slow to rise/ non doubling hCG levels are a concern, they are not the end. DO rest! your hCG values reflect the relationship between your baby's placenta and your womb. resting- even staying in bed for an entire day- can give the developing placenta a little extra boost. (but stay hydrated! if you get dehydrated you are more likely to develop clots along the surface where the placenta is attached. if the placenta can't reach your blood because you are dehydrated, your baby will not recieve the oxygen and nutrients it needs to develop!)
4) Having slow rising HCG levels ending in healthy pregnancy can vary. There is always a chance, so don't worry too much. The levels will increase very shortly and depends on the person.


5) In my IVF group a few ladies had slow rising betas but the pregnancy progressed just fine. It does happen! Betas vary so much woman to woman and pregnancy to pregnancy.

6) While the ideal doubling time is 48-72 hours that doesn't mean that there aren't lots of successful pregnancies that had slower doubling times. Unfortunately, the only thing you can do is wait and hope.

7) a friend of mine had a first beta of 69 and a second (I think 48 hours later) of 89.  She was worried sick and convinced she was going to miscarry, but she has a very healthy, happy nearly 2 year old now.  Everything worked out fine.

8) My sister's hcg's did not double properly at first and was told to prepare to miscarriage and never did. She delivered a healthy baby.

9) I am one of them! My numbers did not double and I had low progesterone. I am now 23 weeks prego with a healthy baby girl! I think my numbers doubles every 4-5 days. I can't remember the exact #'s but it was a concern and I was told that it was probably not a viable pregnancy! Well here I am! 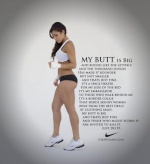 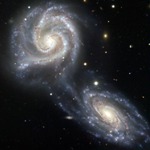 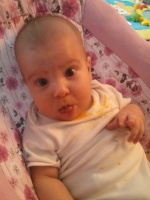 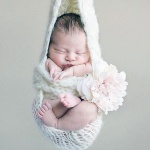