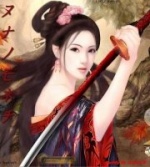 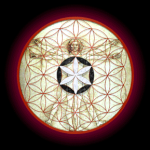 Pretpostavljam da si vec googlala na tu temu, i ja sam sad malo pa nadjoh nesto...mozda nekom koristi
Estrogen priming protocols: Older women (over 40 yrs), women who have demonstrated a prior reduced ovarian response to COH and those who by way of significantly raised cycle day 3 FSH and reduced Inhibin B levels are considered likely to be “poor responders”, are first given GnRH agonist for a number of days to effect pituitary down-regulation. Upon menstruation and confirmation by ultrasound blood estradiol measurement that adequate ovarian suppression has been achieved, the dosage of GnRH agonist is drastically lowered (or the agonist is replaced with a GnRH antagonist) and the woman is givens twice-weekly injections of estradiol for a period of 7-10 days. COH is then initiated using a relatively high dosage of FSH-dominant gonadotropins such as Folistim or Gonal F that is continued along with daily administration of GnRH agonist/antagonist until the “hCG trigger”. A recently completed study has demonstrated the efficacy of this protocol and the ability to significantly improve ovarian response to gonadotropins in many of hitherto “resistant patients

The GnRH Agonist/Antagonist Conversion Protocol (A/ACP) : It is our position that some form of pituitary blockade, either in the form of a GnRH agonist (e.g. Lupron, Buserelin, Nafarelin, and Synarel. Decapeptyl) or a GnRH antagonist (e.g. Antagon, Cetrotide, Cetrorelix, and Ganarelix) is an essential component in ovarian stimulation of “poor responders” undergoing IVF. If this is not done, a progressive rise in LH –induced ovarian androgens (male hormones ….mainly testosterone) will inevitably affect follicle/ egg development, resulting in compromised embryo quality.
The follicles/ eggs of women on GnRH-agonist “flare protocols” are exposed to an exaggerated Lupron-induced LH release, (the “flare effect” while the follicles/eggs of women, who receive GnRH antagonists starting 6-8 days into the stimulation cycle are exposed to endogenous LH -induced ovarian androgens( especially testosterone). This might not be problematic in “normal responders” but could be decidedly prejudicial in “poor responders” and older women where endogenous basal LH levels are often raised and the ovaries may be inordinately sensitive to LH and where excessive exposure of follicles and eggs to testosterone could severely compromise egg development and thus embryo quality.
exhausted of its LH and residual minimal LH is present in the circulation by the time stimulation with gonadotropins begins, the above mentioned adverse testosterone-effect is largely negated. On the down side is the fact that prolonged administration of GnRH agonists such as Lupron (such as with the GnRH agonist down-regulation protocol could suppress subsequent ovarian response to ovarian stimulation with gonadotropins, by competitively binding with ovarian FSH receptors. We introduced of our Agonist/Antagonist Conversion Protocol (A/ACP) more than a year ago in an effort to counter this effect.

With the A/ACP, low dose Antagon/Cetrotide is commenced at the onset of spontaneous menstruation or following bleeding that follows initiation of GnRH agonist (e.g. Lupron) therapy using a long-down-regulation protocol arrangement. We currently prescribe the A/ACP to most of our IVF patients regardless of whether they are “normal responders” or “poor responders”. Preliminary results suggest a significant improvement in egg number, egg/embryo quality as well as in implantation and viable IVF pregnancy rates. The A/ACP has however, proven to be most advantageous in “poor responders” where additional enhancement of ovarian response to gonadotropins may be achieved through incorporation of “estrogen priming”. We have reported on the fact that the addition of estradiol for about a week following the initiation of the A/ACP, prior to commencing FSH-dominant gonadotropin stimulation appears to further enhance ovarian response, presumably by up-regulating ovarian FSH-receptors.

There is one potential draw back to the use of the A/ACP, in that the sustained use of a GnRH antagonist ( e.g. Antagon/Cetrotide) throughout the stimulation phase of the cycle, appears to compromise the predictive value of serial plasma estradiol measurements as a measure of follicle growth and development in that the estradiol levels tend to be much lower in comparison to cases where agonist (Lupron) alone is used or where a “ conventional” GnRH antagonist protocol is employed ( i.e. antagonist administration is commenced 6-8 days following initiation of gonadotropin stimulation). Rather than being due to reduced production of estradiol by the ovary(ies), the lower blood concentration of estradiol seen with prolonged exposure to GnRH-antagonist, could be the result of a subtle, agonist-induced alteration in the configuration of the estradiol molecule , such that currently available commercial kits used to measure estradiol levels are rendered much less sensitive/specific. Thus when the A/ACP is employed, we rely much more heavily on ultrasound growth of follicles along with observation of the trend in the rise of estradiol levels, than on absolute estradiol values. Thus we commonly refrain from prescribing the A/ACP in “high responders” who are predisposed to the development of severe ovarian hyperstimulation syndrome (OHSS) and accordingly where the accurate measurement of plasma estradiol plays a very important role in the safe management of their stimulation cycles.

It is remarkable, that while using the A/ACP + "estrogen priming " in “poor responders “ whose FSH levels were often well above threshold limits, the cycle cancellation has consistently been maintained below 10% ( i.e. much lower than expected). Many of these patients who had previously been told that they should give up on using their own eggs, and switch to ovum donation because of “poor ovarian reserve”, have subsequently achieved viable pregnancies at SIRM using the A/ACP with “estrogen priming”. 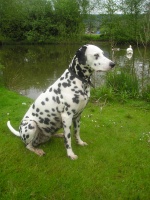