IVF Failure: The Value of a 2nd Opinion
http://haveababy.com/fertility-information/ivf-authority/ivf-failure-value-of-2nd-opinion


My IVF Cycle Failed – What Went Wrong? Question #2 – Was I Adequately Evaluated and Prepared for IVF by My Physician?
http://haveababy.com/fertility-information/ivf-authority/my-ivf-cycle-failed-what-went-wrong_12

This is the 16th in a series of answers to common questions about failed IVF.
Immediately following implantation, the root system (trophoblast) of the embryo begins to release the pregnancyhormone, human chorionic gonadotropin (hCG) into the surrounding uterine lining (decidua) from where it enters herblood circulation and spills over into the urine. It is only after several days of implantation that the hCG blood level reaches a measurable concentration and only several days later that it becomes detectable in the urine.
Each implanting day-3 (cleaved embryo) should, within 7-9 days of being transferred to the uterus, contribute about 5mIU/ml to the blood hCG concentration and within 5-7 days following the transfer of an implanting day 5-6 blastocyst. Thereupon the blood hCG concentration should double approximately every 48 hours during early normal pregnancy, peaking at about 60,000 mIU/ml at about 10 weeks (but there is a substantial variation with the extremes of normal levels ranging between 10,000 to 250,000 mIU/ml). From the 10th to 20 weeks of gestation, hCG levels decline, reaching an average concentration of about 15,000 mIU/ml. Again, there are considerable variations with hCG concentrations ranging from 3,000 to 115,000 mIU/ml where the blood concentrations remain from 20 to 40 weeks (term). 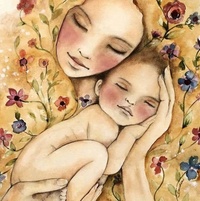